I almost never write anymore, about anything. If it doesn’t fit into 140 characters, I just seem to cram it back down.

It’s not just the baby (who isn’t exactly a baby anymore) and it’s not just the time. I’ve gotten into this habit of self-censorship, originally born from the relative lack of privacy–or maybe just my perception of it–of in living in a tiny town, then fueled, I think, by the suffocating ubiquity of opinion on the internet. Almost none of the time am I interested in anything from the gazillion people shouting their opinions or bragging about their beautifully photographed, perfect lives and exquisite taste and marvelous dinners or repeating again and again in barely altered format the boring thing they’re doing or eating or watching.

And so I figure I don’t want to add to the din.

Maybe abandoning Disgruntled Housewife and starting Thrifty Knitter was a subconscious rationalization that if I was going make people suffer my prattle, then a least I should share something useful. Except that, once the instinct to shut up creeps in, you start to realize that everyone else does everything better, faster, prettier, with more and bigger photographs showing every gorram detail. So being useful isn’t maybe as useful, especially if you’re being useful mostly as an excuse.

Also, I drink a lot less now. Drinking weakens my impulse to shut the fuck up, to worry that I’m ignorant or boring or foolish. Muting that worry was soothing. Because, ultimately, who cares?

(I must clarify: I drink less now 1) out of mild concern for the size of my ass; 2) a desire to GTD;  3) the lack of ready geographic access to my favorite varieties of delicious, delicious alcohol; and 4) because I am an old bag and less able to withstand the physiological downside of booze. I’m not in any way anti-booze or anti-drinking. You know, unless you’re all Lost Weekend and it’s ruining your life.)

But I miss the freedom to be ignorant and boring and foolish with impunity. So I think I might just start doing it again. Drinking, I mean. And also, the other.

So! Here’s the Cliff’s Notes of the last 5 months. Maybe once I get going, my fondness for yammering on endlessly in spite of an utter lack of interest from anyone will continue.

January & February: Switch from iPad check lists to a paper bullet journal, resulting in increased pleasure and productivity. Use it as an excuse to Join Ink Drop and put the Safari to good use. Ron goes on tour. Cold winter! Much snow! New Überlist! Experiment with bread machine, especially 1-hour whole wheat recipes. All manner of pancakes! Abandon the hated crib and make a little room for Birdy inside our room. Finally get caught up on old taxes. Knitting again! Lots of culling and cleaning. Much baby-proofing. I start using a fancy face cream and a  fancy hand cream and discover that my smugness about not using fancy creams was wildly unfounded, and am delighted at new supple skin that is nothing like that crumpled greasy cheap paper hamburger wrapper skin I’d been living in all winter.

March: We buy a minivan. Okay, I know. But it’s mostly for the Yarn School shuttle and touring (Yarn School had to rent twice a year, and Kid Congo and the Pink Monkeybirds were renting a van at least twice a year as well). But yes, it makes me roll my eyes at myself. Baby. Minivan. What next? (Seriously? What’s next? I need to stay on my toes.) Japanese snacks! Baby chicks! Start and make excellent progress (before Cheese and Yarn School knocked me off course) on 40 Bags in 40 Days, a lenten simplification challenge Grasshopper turned me on to.  My 40 Bags isn’t for lent, but for a vague sense that I need to take action before I ended up on Hoarders. (Is that still a show? I had to quit watching.) My 365 Projects peter off on cue as I get busy with workshop prep. Ron’s band records.

April: Another lovely Cheese School, and an renewed excitement for cheesemaking! Next year, a blue or a mold-ripened cheese will be on my Überlist. Jayne Cobb dies, which involves a couple weeks of nursing, with weeping and recriminations, part of it during Cheese School, and a sharp improvement abruptly followed by a dramatic downturn and the decision to have him put down. And ultimately, relief, as I realize how much his debility (he’s had knee problems since he was a yearling, and was especially miserable in the heat) has been weighing me down with worry and attention, which in turn makes me realize that I really had been looking out for him and wasn’t an oblivious turd. Have the vet check out the remaining sheep (healthy and hearty) and review my routine for any deficits and get the thumbs up. Ron records a band, and I feed them. They are young. Yarn School, splendid! Yarn School has been going on long enough and has enough word of mouth that it now self-selects, and now only delightful people come. People who would not have fun here or who are too fancy for our rustic setting, can tell that they will not have fun, and don’t come. This means I don’t have to feel nervous or insecure, and I love everyone and have a marvelous time.

May: Mr. Shivers gets sudden weird neurological symptoms, rapidly gets worse, and has to be euthanized a few days later. Both our local vet and the vets at K-State are flummoxed, and his necropsy is unhelpful, except to confirm that he did NOT have rabies–which was a genuine and terrifying concern for a few days. I learn that the rabies vaccine for humans is no longer 10 shots in the stomach, but 2 or 3 in the arm; and that as long as you’re asymptomatic, you don’t have to be terrified that you won’t get them in time. TV makes you think you have like 15 minutes before you have to get those 10 shots in the stomach, or you’re fucked. But, as I learned from–what? This American Life, maybe? Radio Lab?–there is no cure for rabies. Once you have symptoms, it will kill you. So, with Mr. Shivers’ sudden death rounding up a year to the week from the terrible dog attacks (which still haunt my almost-asleep brain like The Ring) last spring, Cupcake Ranch as dwindled by 70% to just 2 fat sheep. I’m sure they spend all their time gossiping about what a shitty shepherd I am.  Their new thing is snacking on the courtyard. I trim around the clover and let them come in and munch at dusk. Also, something ate Peggy, the only avian survivor of last spring’s dog attack, the same day Mr. Shivers was put down. Which was also Mother’s Day. Through a bit of cheesy experimentation, discover that I can use my cheese fridge (aka, dorm fridge turned down low) to ripen whole storebought brie and make cheap brie taste like fancy brie. Another band records. Spring and rain. Ron goes on tour.

June so far: I finally get around to making PDFs of all my Naughty Needles patterns, and an ebook with all the bonus patterns. The rights reverted back to me ages ago, but I never made the time.  I downloaded a free trial of Quarkxpress and set out to finish converting everything before it expired. Couldn’t knock out the Kindle version, sadly, and I’m afraid I’m about out of time. I’m suffering terribly from grass allergies and the relentless rain has so saturated the ground that it’s seeping in through the basement floor all over the place and I’ve had to roll up the rug and pick up everything not waterproof or too heavy to move. The boiler room’s completely flooded, and water’s coming in fast enough that the wet vac can’t keep up. But they’re scheduling sunshine Wednesday, so hopefully that will suck up some moisture and it won’t be like May 2006.

Overall: My finances go up and down (mostly down). I struggle with YNAB, which is super fun and motivational when I’m flush and depressing when I’m broke. I make lists of things I wish I could have. We initiate Sunday is Fun Day, which involves taking a break and blowing off responsibility for the day. Or, alternately, punishing the person ruining Fun Day with repeated laments of “But Sunday is FUN day!”

Birdy is becoming an actual person and astonishing and delighting me all the time. She’s just starting to talk in earnest, in 2-word sentences in a tiny muppet voice usually only Ron & I can decipher. There’s also an incessant stream of jabbering and much dancing, which is so fucking cute, but probably just to us. That’s the thing about your baby: she’s only fascinating to you. And she scribbles on everything, which, surprisingly, doesn’t bother me at all. 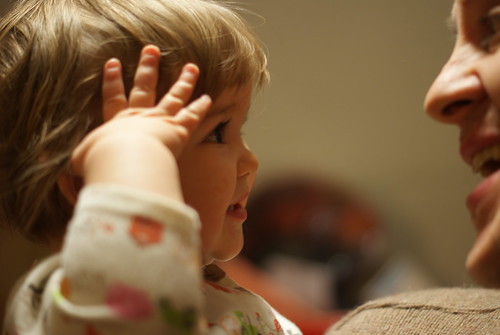 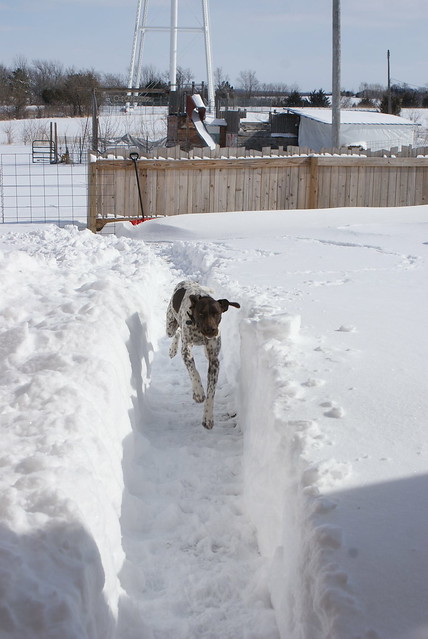 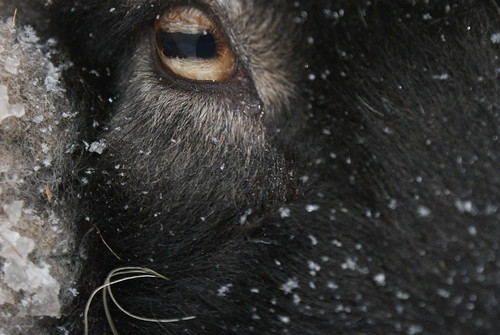 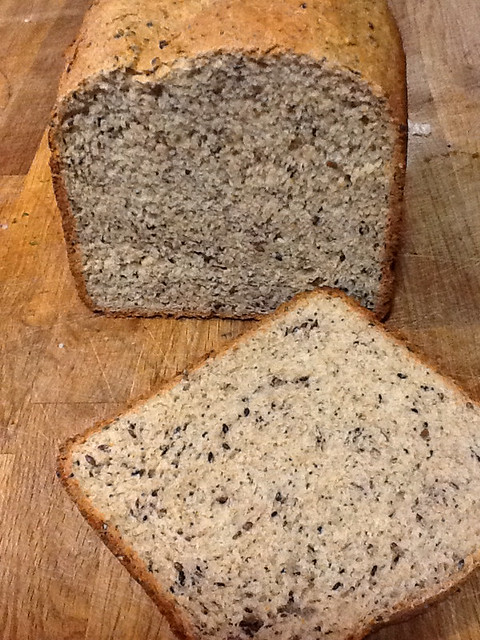 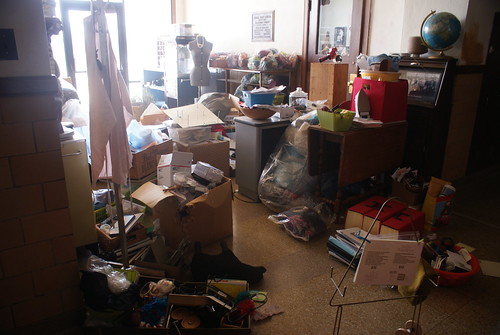 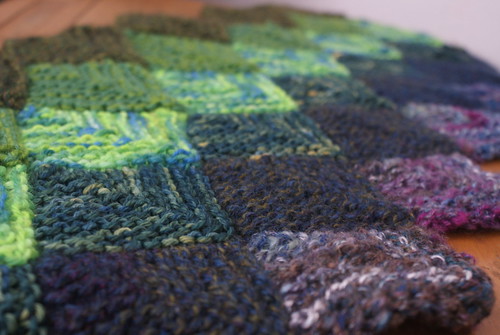 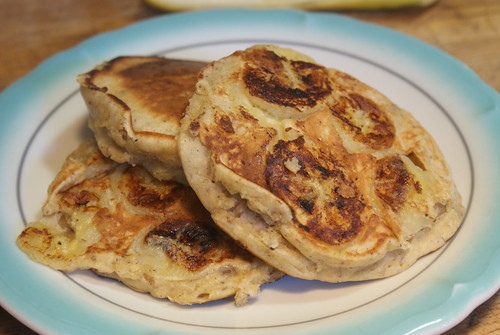 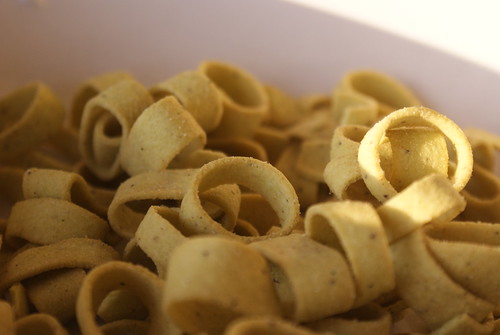 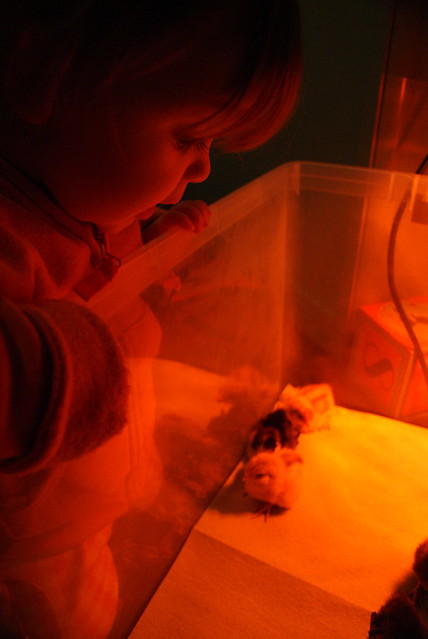 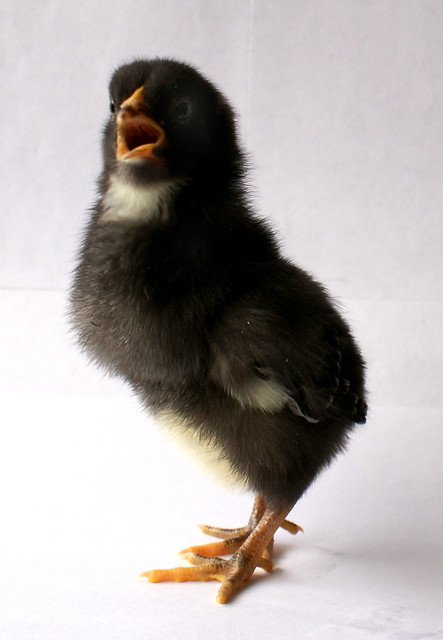 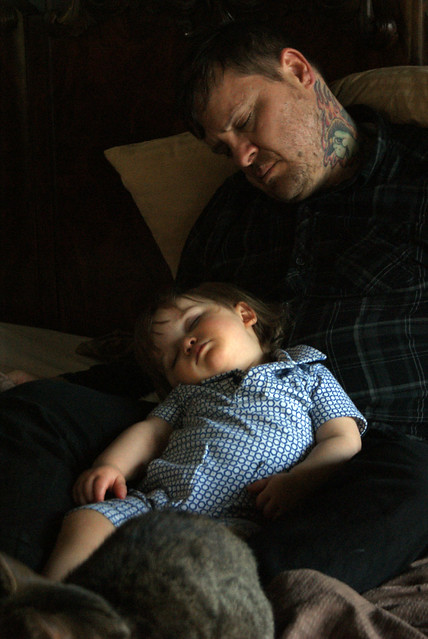 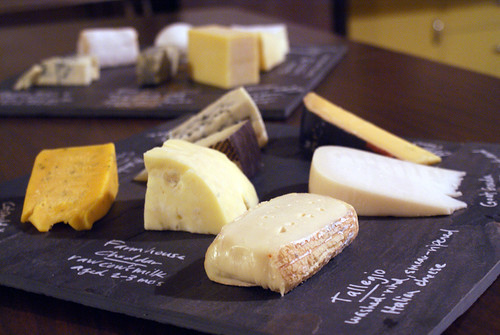 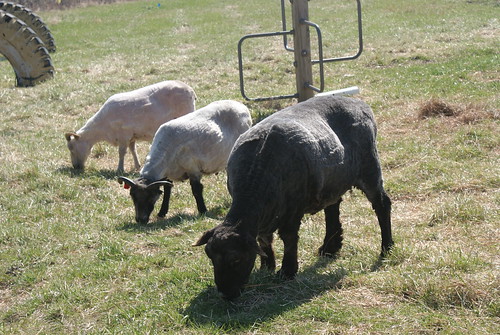 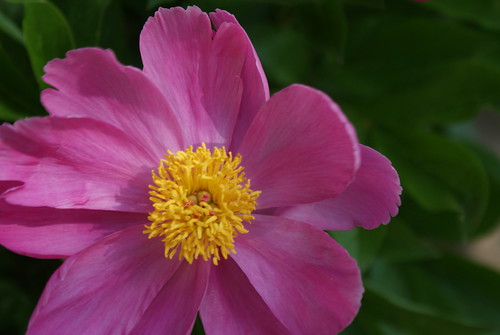 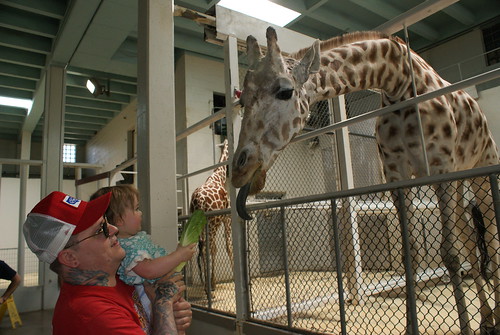 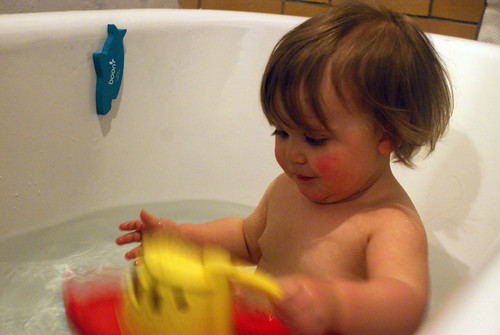 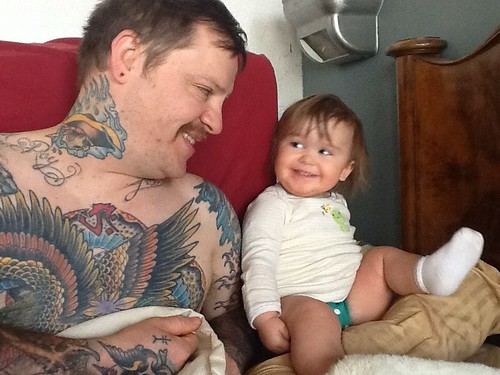 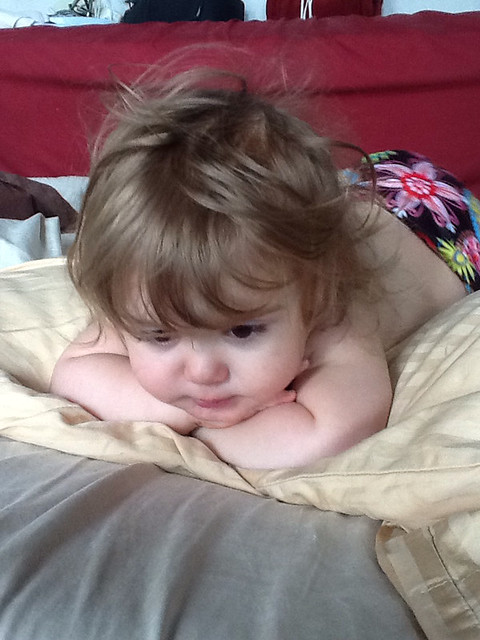 9 Replies to “Another windbag going on and on about nothing.”