Well, for me, tomorrow (spiritually tomorrow, as I’ve not yet gone to bed, but technically today). It’s 3am & I’m just getting to this. My productivity actually got the better of me (yay!) and kept me busy for much of today, although Sunday is supposed to be Fun Day, dedicated to goofing off. But when Ron and Twyla both took a much-needed, lengthy nap, I got on a TCB bender which carried on most of the night, interrupted only by a trip to Sonic for a junk food dinner without guilt or dishes (Sunday is Fun Day!).

I plied that TdF single (lovely, but wet; I’ll shoot it tomorrow) and cleaned and organized my room (which is a sort of studio apartment minus the kitchen setup, so I covered my bedroomy space, plus Twyla’s space & the bathroom/changer zone). I didn’t finish every last bitty bitty bit, but it looks pretty spiffy, at least compared to its natural state of chaos.

So, Daisy! Here’s the Daisy Cloche from the book, worked in Quince & Co. Lark in Honey. When I knit Daisy last month, I stuck with Lark in the only colorway with 2 skeins in my stash: Peapod, a perfectly snappy color, but one that doesn’t suit me well, so I’ll likely dye it. For the knitalong, I’m going to experiment with 220 from stash and see how it goes. If it’s a fail early on, I’ll switch to something else, but that’s my Plan A. 220 isn’t as bouncy as Lark, but I’m hoping it will cooperate. 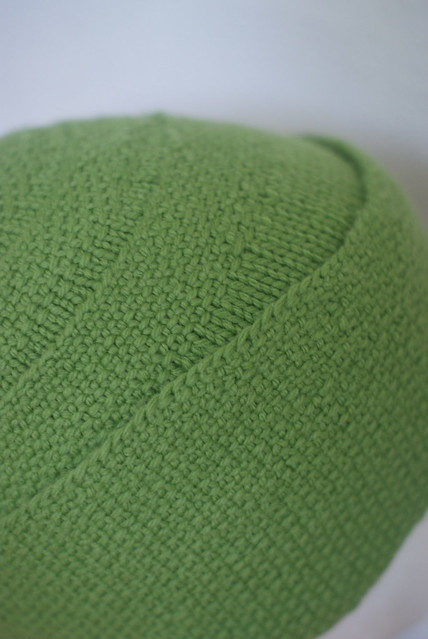 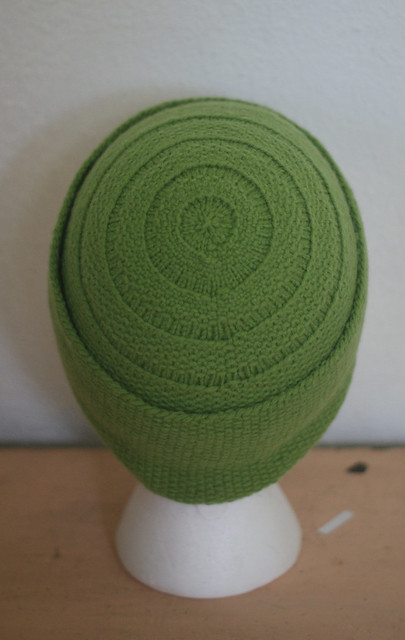 Heads up, before we get underway… ERRATA!

So, working straight from the book, here’s what I discovered, to my great dismay: there is a short but critical line missing between the “Short-Row Section on Hat Body” and “Concentric Circles.”

I can’t apologize enough to the folks who knit the pattern from the book and produced an abbreviated version of the design. (It’s unconscionable, and never would have gone uncorrected for so long if the publication of the book hadn’t coincided with the birth of my daughter. That’s not me blaming Twyla, but me blaming me for being ill-equipped to deal with anything beyond business-as-usual+baby for a very, very long time. I wasn’t knocked up when I started the book or when the publication date was set, but I couldn’t have anticipated how the shape of my day/year/life would change.)

Okay, so that, which you probably won’t hit today unless you’re out of your mind, because there’s a sea of linen stitch, plus a bunch of short rows, between casting on and the missing lines. But flag it now. And the other errata is that all of the PU numbers on the Concentric circles are off by one:

When you k2tog across the rnd after that last section, your final st will be a K st, bringing you back to 11 sts.

Both of these are on the Literary Knits Errata page, and also linked in the ravelry pattern page.

And some general thoughts on the pattern overall…

(This is my attempt at clarifying the general construction of the hat and its use of short rows.)

Please do fire away on the Questions thread if you have any questions! I started this KAL because it’s one of the trickier patterns in the books, so I want to help as much as possible!