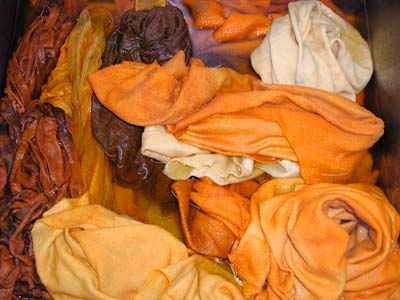 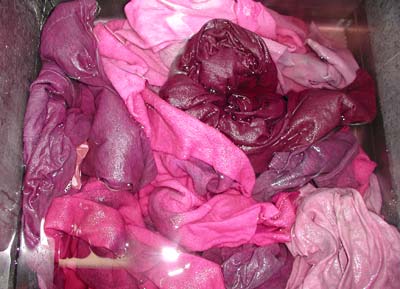 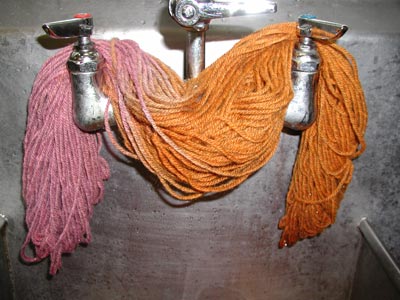 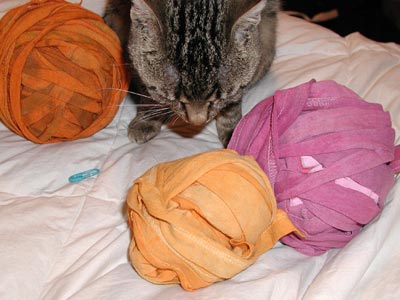 Hooray! Now I can feel free to ramble endlessly about knitting without destroying the Housewife. I’m starting to modify the lovely Girls Suck theme for WordPress, and right now, I’m working on a little critter to use as my mascot. Originally, I had a sort of retro navigation icon thingy I’d made before I decided I didn’t want to handbuild everything. But I loved the original theme so much I want to kind of keep the same feel, so I thought I’d knit a little scrap yarn critter to sit on the ground. So I’m working on him now. 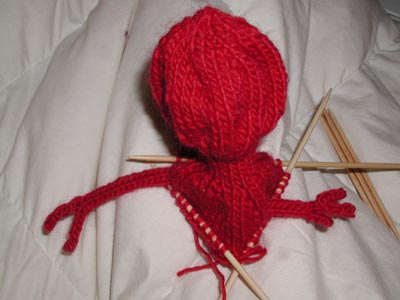